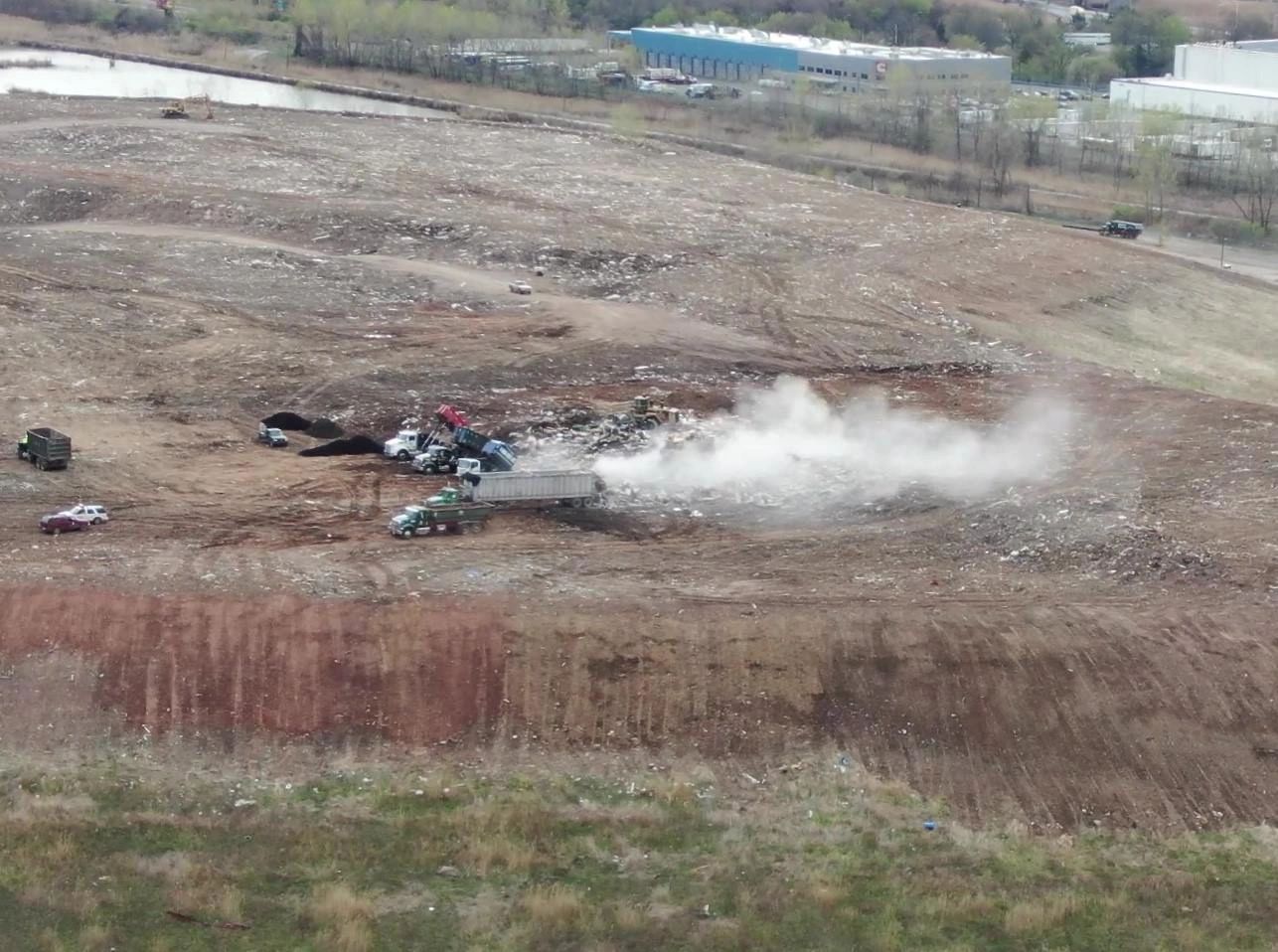 Join the Fight To Close the Keegan Landfill

Recreational Space and a Golf Course

What was Done at Fenimore Landfill in Roxbury NJ

Find Out Which Elected Official Is For Cap, Close and Filter Air of Keegan

The next Meeting of NJSEA Commissioners will be Thursday, February 20, 2020, at 10:00 a.m. The Commissioners meet at the NJSEA Headquarters ...

Facebook Group: Kearny Complaints of Smells started by Melanie Ryan and assisted by Dolce Vita as an Administrator has become the Group on Facebook that has been brought attention to the Environmental Hazard called the Keegan Landfill. Worth a Visit.  Amazing Stories from Residents Suffering from the Toxic Air they are breathing. (This Facebook Group is Independent of the Close Keegan website)

Persons affected by the toxic Hydrogen Sulfide (H2S) and Methane gas being discharged from the Keegan Landfill are urged to contact by call his office at (609) 292-6000. The Governor initially commented on the Keegan Landfill but as of April 2019 has avoided questions and not made any public comments regarding the Landfill which is owned by the State of New Jersey and operated by the NJSEA.

The New Jersey Department of Environmental Protection Has a Phone App for Android and Iphone operating system that can be used to report Air Quality Complaints. Click the Link below or Search for WARN NJDEP

Get the WARN NJDEP APP (Android)

The NJSEA as part of a Consent Order with the NJDEP set up a page on their website to provide updates on Air Quality. Although there is a lag in updating the website there is pertinent information including engineer reports on air testing. Take a Look.

The Observer Newspaper located in Kearny and serves the surrounding communities has been reporting on the Keegan Landfill and its Editor Kevin Canessa and the co-owner of the newspaper Lisa Feorenzo have been attending NJSEA meetings and reporting and providing valuable information to the community. Click the Link Below to Look at Articles and Useful Fact sheets. Lisa is battling an upper respiratory illness which she attributes to the gases being released from Keegan Landfill.

The Source document from the NJDEP webisite that supported the Closure, Capping and Air Filtration of the Fenimore Landfill is a roadmap to what needs to be done at Keegan Landfill.  The Summary says it all but if you must you can read all 356 pages.

The Importance of Telling Your Doctor about the Keegan Landfill

A Guide to Health Issues caused by exposure to Hydrogen Sulfide published by the Observer Newspaper.

Observer Gets Appellate Division Right About Being Wrong

The Observer's Newspaper Kevin Canessa editorial was right on the fact that the Appellate Division 2 Judge Panel was wrong as the New Jersey Supreme Court subsequently reinstates Superior Court's decision to temporarily close the Keegan Landfill.

On April 27, 2019, Mayor Alberto Santos called upon Governor Phil Murphy to close the State owned Keegan Landfill but the governor has been silent every since.

Councilman Anselmo Millan or should we say former Councilman Anselmo Millan did not let the fact that his run for Mayor of Harrison came a little bit short distract him from gathering with volunteers over  2000 signatures on a Close Keegan petition from Harrison Residents. Millan and two of his volunteers delivered the signed Petitions to Governor Phil Murphy at his office in Trenton, NJ. The Observer newspaper ran a story but we couldn't find a link to the story online but we had a paper copy and took a picture (see above).

Congressman Bill Pascrell Jr. representing the 9th District along with Congressman Albio Sires asked the New Jersey Department of Environment to provide them with a staff briefing on steps taken by NJDEP on the toxic gases being relased by the Keegan Landfill.  To June 18, 2019 there has been no update from either Congressman.  They are the only elected official beside Mayor Santos and Harrison Mayor Fife (request for a partial closure) that have spoken out about Keegan

Click on the link below to download the Town of Kearny Keegan Landfill Information Newsletter.  It's designed so you can print it and distribute it to your neighbors so they are aware of where to call to complain and join the grassroots group organized to Close, Cap and Filter the toxic gas coming out of the Keegan Landfill

The Story of the Fenimore Landfill Promises of Solar Energy Field

The story of the Fenimore Landfill in Roxbury NJ (close to Morristown) is very similar to the Keegan Landfill. Click to read the story.

The NJDEP recently fined the Keegan Landfill $2000 for hydrogen sulfide gas releases and illegal dumping of sewer plant waste.  NJDEP  fine were higher for the Fenimore Landfill whose owner was an private citizen.   They actually should call them toxic gas fines because that's what it really is.

On June 17, 2019, NJSEA sold a track of land that was once slated to be a Golf Course.  The property borders Lyndhurst, Rutherford and North Arlington and is slated to be an industrial site. The sale was not mentioned in the June 20, 2019 NJSEA meeting. The Commisioners are not answering questions so its not known if the 42.5 million will go to the capping of the Keegan Landfill or to the American Mall whose opening has been pushed back due to cost overruns.

We have started to gather videos on our video page of news reports, information and created a video that can be shared to get the message out to the community at large about Keegan. Click the link below to access the video page.

WHERE Is Keegan Landfill

It's Closer Than You Think.

Drop us a line!

Reopening  the Keegan Landfill was a big mistake.  The Promises that were made of  recreational space and a Golf Course in retrospect were "pie in the sky"  promises.  There were some who warned of what was happening now but the  reality is that we cannot go back in time.

There  is a solution to the toxic air being released into our community.  The  solution is working at the closed Fenimore Landfill  in Roxbury not too  far from the Keegan Landfill in Kearny NJ (30 minutes up Rt. 280 and Rt.  80). Fenimore was Closed. Capped. Air Fitration put in Place.

There  are many residents of Kearny, Harrison, East Newark, Newark and other  towns outside the area who have joined together to hold a Protest at  Keegan, attend NJSEA monthly meetings, call the DEP, call the Governor,  call other elected officials and report their efforts on the Facebook  page Kearny Complaints for Smells.

Kearny  Mayor Alberto Santos has been proactive in the installation of a Air  Quality meter that demonstrated that the NJSEA lied about not being the  source of the hydrogen sulfide (H2S) gas and now it has been discovered  that methane gas is also being released.

A  lawsuit was filed by the Town of Kearny and a Superior Court Judge  closed the landfill finding "irreparable harm" but a two judge panel of  the Appellate Division reopened the landfill because the gases were  "legacy gases" and therefore would be released whether the landfill was  opened or closed.  This ruling ignored the fact that when the garbage  pile is moved or disturbed it leads to discharges in great quantities.

The  New Jersey Supreme Court unanimously (all the Justices) voted to  reverse the Appellate Division decision and uphold the finding of  irreparable harm being caused by the Keegan Landfill operators, NJSEA,  and remanded the case back to the Chancery Court in Jersey City for  further hearings.  There was a trial in Chancery Court and a decision is  expected to be rendered within the next few weeks.

There  is also proof (video and photos) that Sheetrock (the source of the H2S  gas) is still being brought into the facility despite assurances from  the Director of Operations that it is not.

You  can do your part.  Call DEP on the 1-877-927-6337 when you smell the  toxic air. You can use the DEP app WARN NJ DEP available on Android or Iphone operating system. Call the Governor (see above). Attend the NJSEA monthly  meeting.  Walk in our Neighborhood and let people know about this  website and the Facebook Group.  The Battle to have our elected  officials and the Commissioners of the NJSEA do what is just continues  but together as a group we will achieve the goal. Elected Officials  cannot trade our health for money generated by the Keegan Landfill.   Thank you for your anticipated help.